GOLDEN FRAME YEAR TWO, IN FOCUS – THE SUCCESS OF THE MACEDONIAN FILM 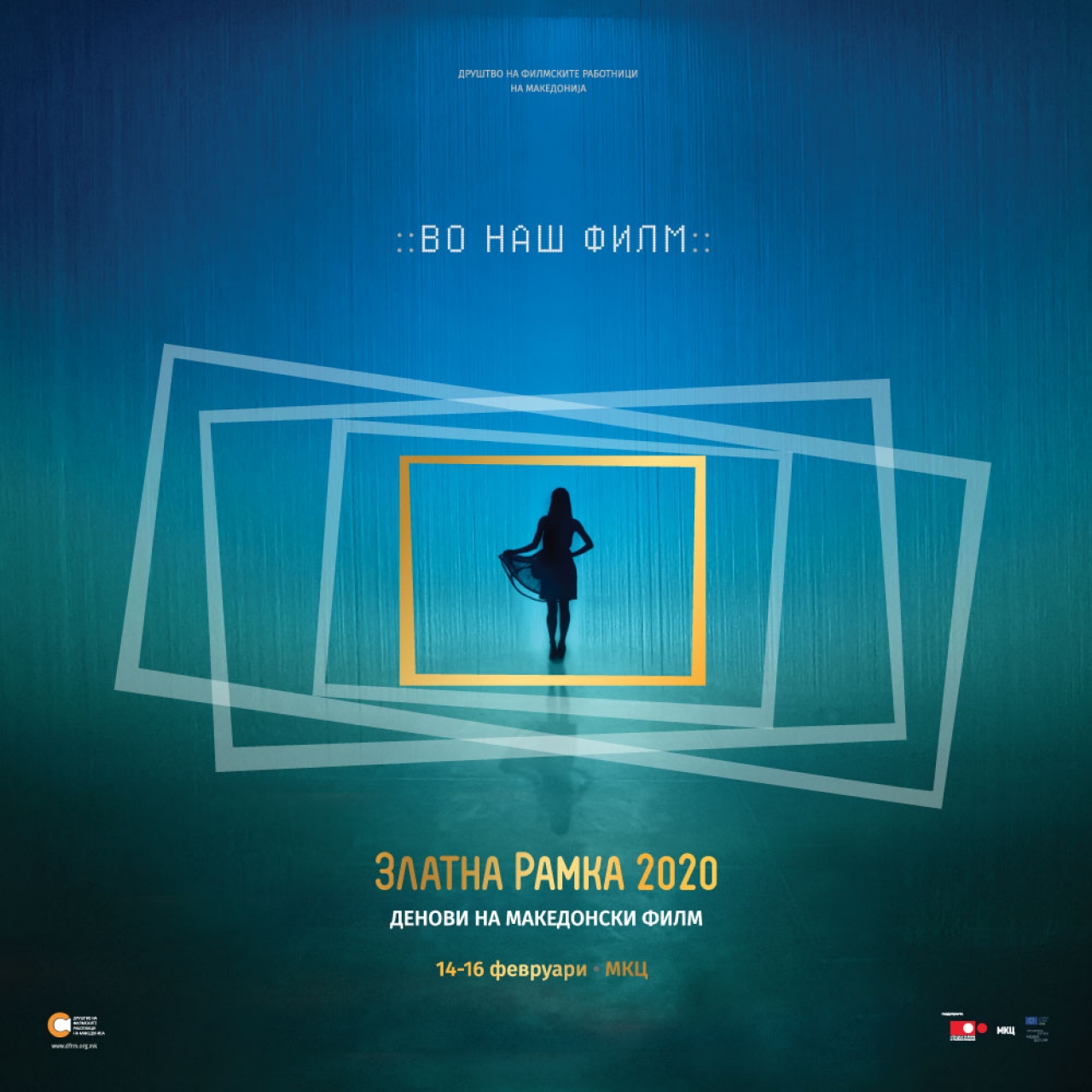 The second edition of the Macedonian film revue – “Golden Frame“, under the motto “In Our Film“, took place on February 14, 15 and 16 in the YCC. The audience had the opportunity to see the new accomplishments in the Macedonian cinematography, and the film professionals had the opportunity to exchange their views and experiences regarding their work.
”Golden Frame“ is a type of report for the domestic audience, which had the opportunity to view all domestic films from the previous year, and some of them have not been shown yet on the regular cinema repertoire.
“The MFPA is upon the 70th jubilee of its existence and for the year 2020 it set up their challenges, which are: to officialize/define the Statue of the Film Professionals, which is of crucial value for this industry, as well as to redefine the manner of financing of the Macedonian films. The Macedonian film industry proved that they can, and next in line are the institutions and any support is welcome“ – said the President of the Macedonian Film Professionals Association – Igor Ivanov–Izi.
Twenty-two films in three program wholes (full-length, short and documentary films) were shown at the second edition of “Golden Frame“. During the projections, the audience had the opportunity to view the films together with their authors and to participate in the discussions after each projection.
In the frames of “Golden Frame”, besides the three-day revue of Macedonian films from the previous year, there were also:
A ceremonial Assembly of the Macedonian Film Professionals Association – Friday, 14.02.2020.
A promotion on the brochure “Guide for Filmmakers“, which is intended to accomplish linguistic standardization of the film nomenclature – Friday, 14.02.2020.
A presentation of Media Desk Macedonia on the subject:” How are Media projects evaluated?“ – Saturday, 15.02.2020.
A ceremonial awarding of the film professionals honorable prizes: outstanding film author, film actor and film professional – Saturday, 15.02.2020.
A forum in the organization of “Golden Frame“, titled “Women in Macedonian Films“ – Sunday, 16.02.2020.
The “Golden Frame” revue is not of commercial character and the projections were free of charge. The initiator and organizer of “Golden Frame” is the Macedonian Film Professionals Association, in collaboration with the Macedonian Film Agency and the Youth Cultural Center.