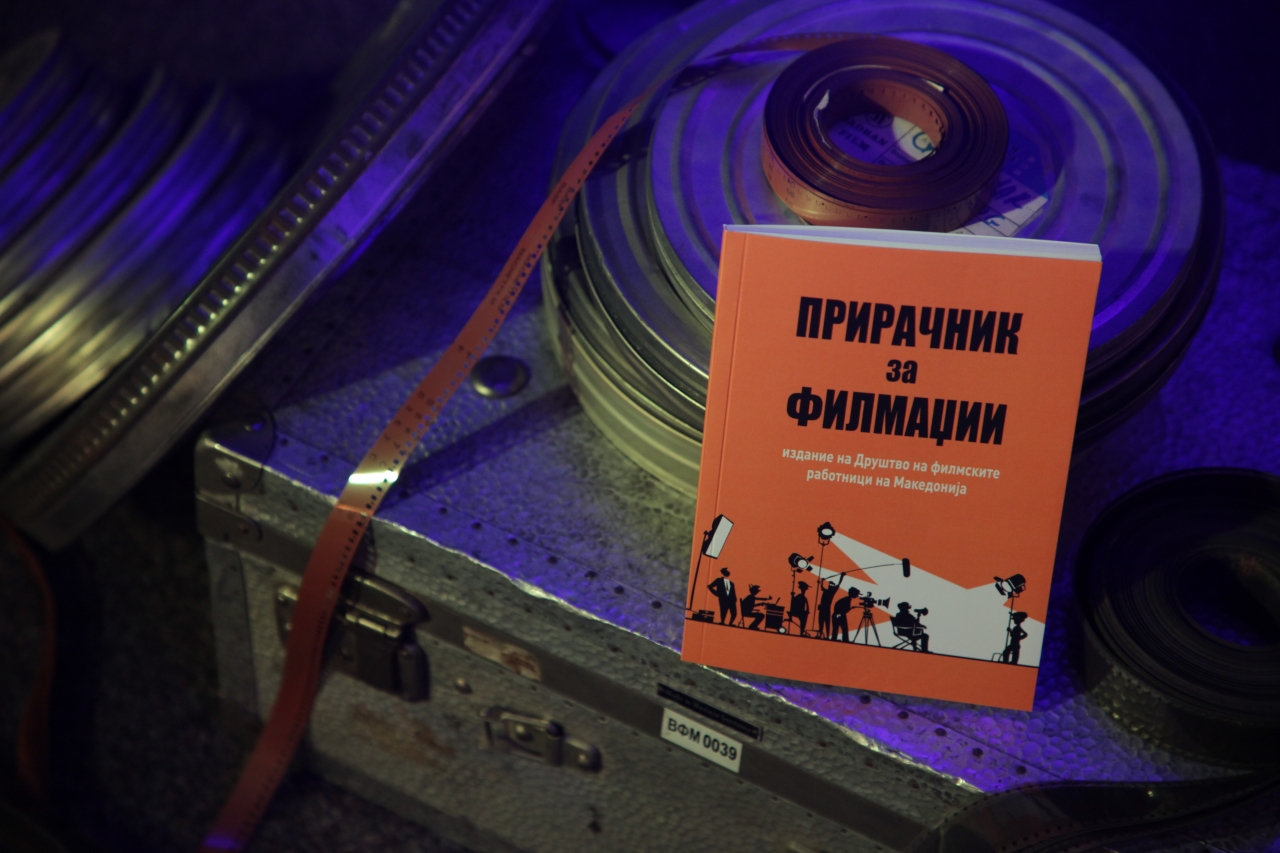 ‘Rihvand’ or ‘backdrop’, what is a ‘focus puller’, what is a ‘clapper’ and what are their responsibilities, what is an ‘executive’, and what is a ‘line producer’, are just a small number of the defined terms that are included in the first Guide published by the Macedonian Film Professionals Association. The film industry is complex and a large number of professionals and authors are involved, who must know precisely what to do, and how much time and budget they have for it.
“Upon the 70th jubilee of the MFPA, we thought it necessary to make such a systemic sorting and define the terms and descriptions of the functions in film. The Guide, is actually the ABCS of the film professional, which every filmmaker should instinctively know, if he/she wants to be involved in film. This is a very important project and a step toward the greater vision, that being that the Macedonian film industry should obtain its place with a defined frame, where it will work and produce” – said the President of the MFPA, Igor Ivanov–Izi.
Each member of the MFPA will receive the Guide free of charge. Every member of the MPFA and their collaborators contributed to the Guide.